Left for Arusha and needed to find  a camp spot on the way as the place we had planned to camp at did not seem to exist anymore. Found a spot through google maps called Irente Farm Lodge, near Lushoto village,  based 1000 metres high, on  top of the Western Sabara Mountain range. We love camping with a view so up we decided to go…the owner sms’d directions but we took a wrong turn and ended up driving the scenic route, straight up the mountains, along a very narrow windy road with steep drops, through remote villages. When the children saw us they would shout with  great excitement, ” mazungu”, which is their term for white person, dating back to the 18th centuary. It literally means  “wandering around aimlessly” or one who is lost, as many explorers who arrived then appeared to be…It was fairly appropriate for us at the time as well!  I don’t think that they see many people passing through their village, although it is 10km shorter to the top.

Fortunately we did not meet any cars coming down as it would have been very problematic to pass… It also turned out that there had been an accident between a bus and a truck on the road that we were supposed to have taken and we would have been stuck behind them for a number of hours,  if we had not taken the “wrong turn”…( a God inspired mistake…?).

When we arrived at the top, a friendly local Christian man named Joseph appeared, who quickly took is to see the spectacular sunset from the best vantage point just before it set and gave us some generally good advice. We had the clear sense that God had arranged it all…We make our plans but God really does direct our steps!

We proceeded to camp at the German farm Lodge a few metre down the road. It is run by German Lutheran and has a dairy farm which produces fresh milk, yogurt and cheese. They also run a school for the blind and an orphanage which the lodge, camp site and farm activities support.

We were the only people camping in a forest clearing on top of the mountain and heard the most amazing nights sounds all around us. Owls hooting at each other, bush monkeys chatting etc. 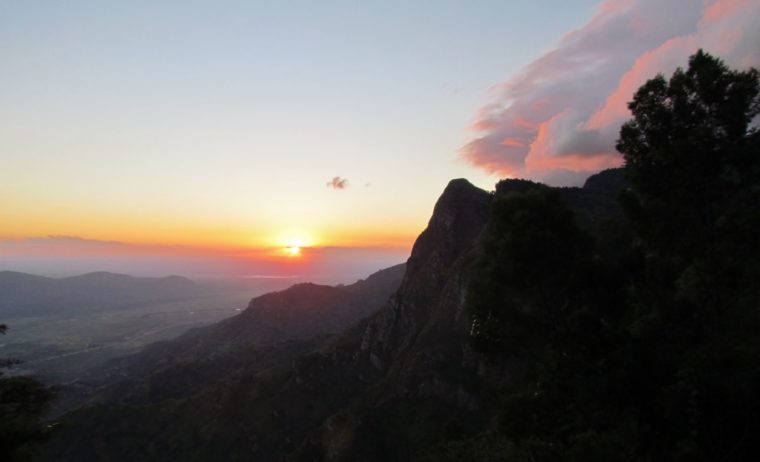 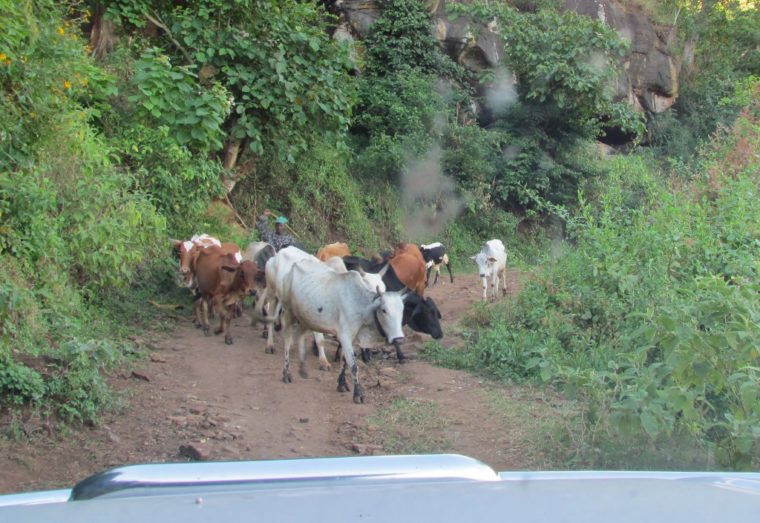 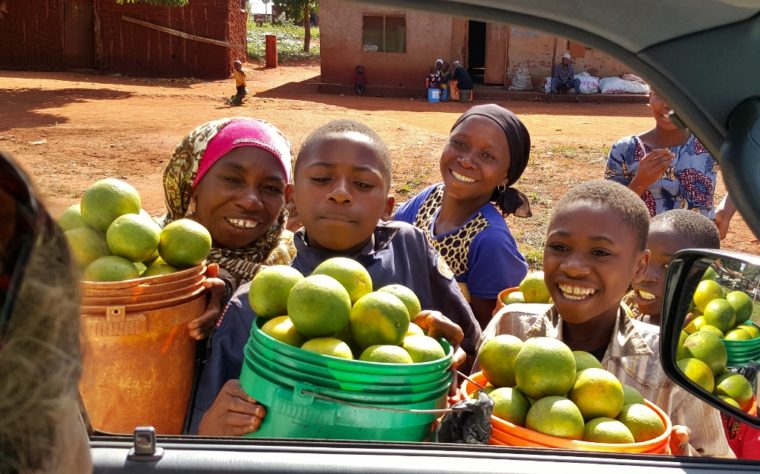 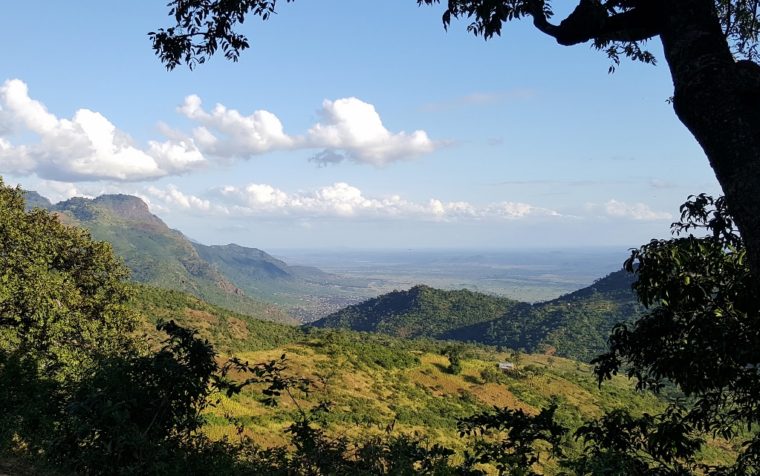 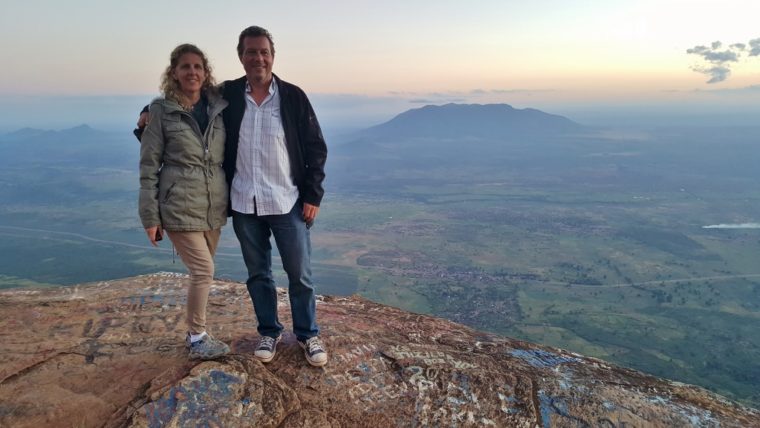 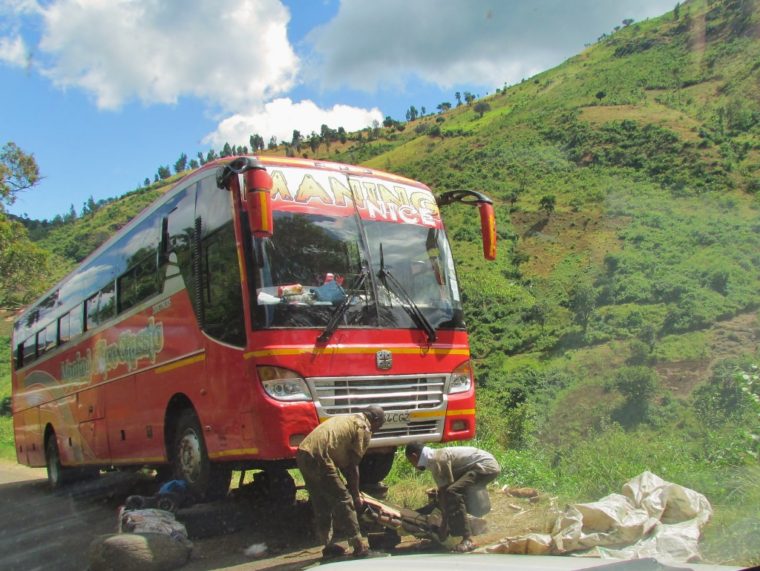 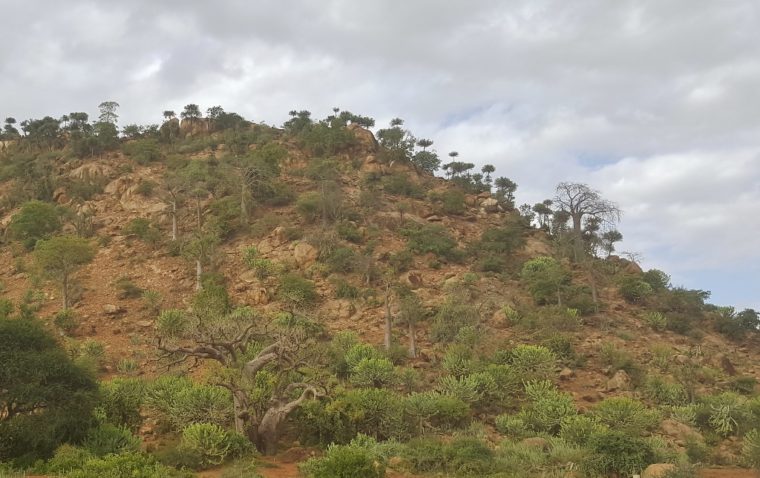 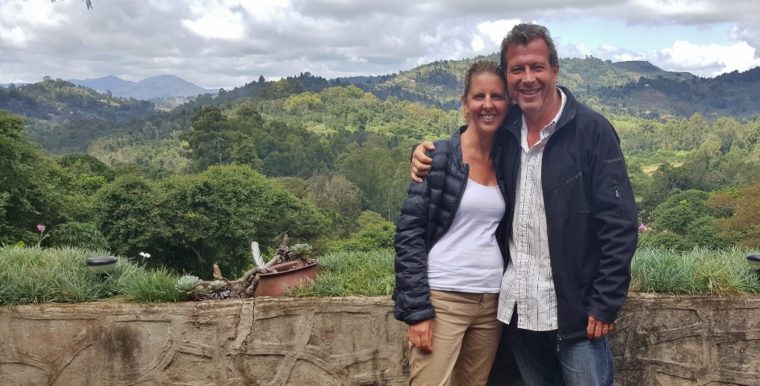 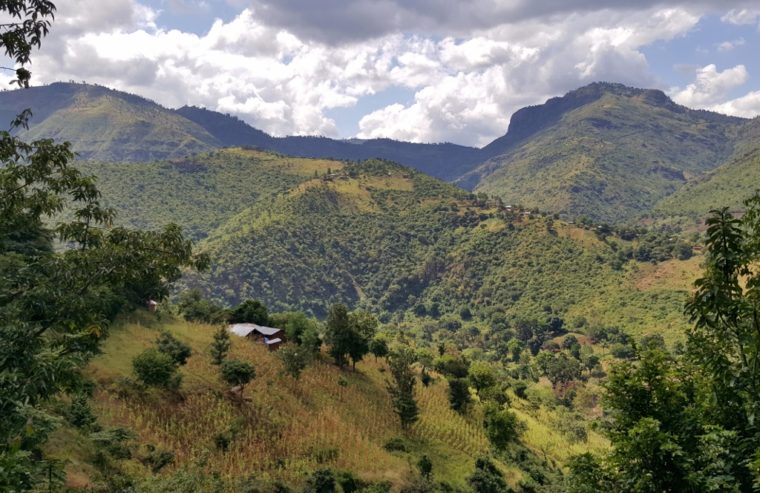